One Way to Write a Medusa Poem

I've been participating in the more-or-less monthly writing contests on The Writeoff Site. They started out strictly accepting nothing but fanfiction inspired by the current My Little Pony cartoon series and alternated between minific contests—twenty-four hours to write 400 to 750 words on a prompt nominated and selected by the participants—and short story contests—seventy-two hours to write 2,000 to 8,000 words again somehow related to whatever prompt got chosen. All the stories found here—just over 195,000 words all told—are things I wrote as a result of these contests.

Then in 2015, the Australian fellow who runs the site decided to add original fiction to the mix. These contests also came in minific and short story flavors, and several of the stories I've sold since then—"The Procession of the Equinoxes" in the Gods With Fur anthology, for instance, and "To Drive the Cold Winter Away" in Exploring New Place—had their first drafts run through the Writeoff. I also started taking advantage of the minific contests to write poetry: "Attack of the Fifty-Foot Doughnut" started out as a set of limericks cranked out in 24 hours and submitted to the Writeoff.

Which brings us to last June's original minific contest. While the prompt submission and voting process was going on, I surrendered to my whims once again and told myself that I'd be writing some poetry this time. A sonnet, I knew, took about 100 words, so four or five of them strung together to tell a story would fall within the length requirements quite nicely.

Except, well, I mean, I'm always writing sonnets! What could I do that wasn't sonnets or limericks or any of the other poetic forms I was always stomping around in?

A memory twitched through my largely comatose brain at that point: someone talking about Percy Shelley's "Ode to the West Wind" and the way he recast the idea of terza rima verse into something that ended up looking a lot like a sonnet. I poked around, found that to indeed be the case, and there I was, committed internally to writing an ode of at least five strophes.

When the prompt dropped that Saturday morning, it was "Hiding in Plain Sight." Since odes are kinda ancient Greek things, I thought maybe I'd write about figures from Greek mythology living among us today, and the immediate image that hit me was Medusa slithering down the street to a pet store run by Pan so she could get some mice to feed to her hair.

The concept changed during the 24 hour writing period, but I got "Ode to the Artistic Temperament" finished, submitted it, and won 1st place. I took the comments I got, did a rewrite, ran the new version past a couple friends in the Ponyfic community, did another rewrite, and started sending it out to poetry magazines. It collected two or three "no, thank you" notes during the past ten months, but then it found a home at Silver Blade magazine. It's now posted for all to see, and you'll even find a recording of me reading it there if you wanna give that a listen.

As an extra bonus, though, here are a couple pieces of artwork that the original version inspired among the Writeoff site's crew of visual artists. Too much fun! 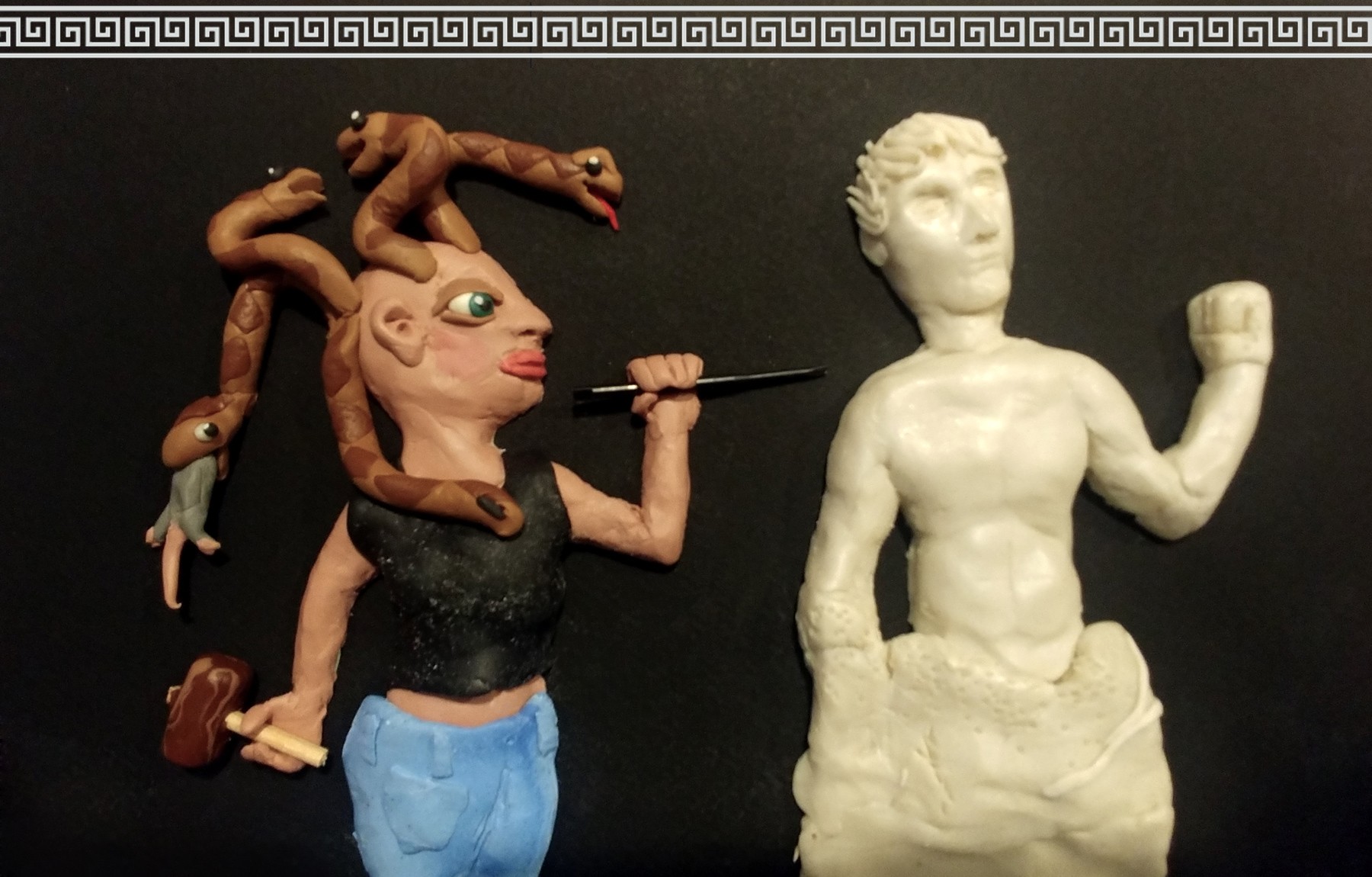