The Daily Grind Table of Contents

If anyone would like to review what actually happened when Howlett first met the Nulla Lucis, let me refer you back to near the middle of our 18th storyline, "Administrative Oversight" and the pages following. That'll give us all something to do over the weekend...

A New Novel from Me 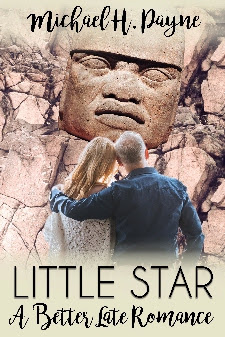 So, I belong to this writing group called the Orange County Fictionaires that's been meeting since 1966. No, I wasn't there at the time: I only joined in the year 2000.           A lot of writers living south of Los Angeles have been or currently are members: T. Jefferson Parker , Elizabeth George , Debra Holland , Neal Shusterman , Kristy Tate , Jackie Diamond , all kinds of folks writing all kinds of stuff. And some of them last year started talking about how people over the age of 50 might be interested in reading romance novels involving characters who are of a similar age.           Talk, as it often does among writers, led to action, and they were soon asking if anyone else in the group wanted to join them in writing a series of books they were calling Better Late Romances.           They'd already established a few ground rules: no sex scenes, for instance, and nothing could happen that was too far outside the "real world." The books
Read more

The Daily Grind Table of Contents      Everything always seems to come back to hats around here....
Read more

The Daily Grind Table of Contents      I think the Black Swans might resent that characterization! Fortunately, they don't read the comic, so they'll prob'bly never know...
Read more